Listen to the exclusive interview with Blake Mycoskie:

In 2006, America’s top-earning CEOs were making $240 million a year while a fifth of the world lived on $1.9 a day. It was in the absurdly vast space inside the wealth gap that Blake Mycoskie found out that shoelessness meant more than the comforting warmth of concrete beneath your feet on swimming-pool-days. For the world’s poorest, it meant parasitic infections, frostbite, and sometimes, even death. Blake wanted to fix the problem, but a constant flow of shoes would require a constant flow of money. He would have to hack a pathway to the top of a new kind of mountain, and a for-profit business model seemed a natural solution.

So began a social enterprise called TOMS: the brand that launched a thousand impact businesses. His concept was tidy and potent: to donate a pair of shoes for every pair sold. He hoped to sell a thousand pairs a year. He didn’t. An LA Times feature sparked 1, 200 sales in just a day. Then came Vogue, then Time, People, and Elle. As the 2008 recession crawled nearer, TOMS’ sales figures rose… and rose. Blake covered 10, 000 pairs of bare feet that season, but the brand did more than just change lives. It woke the world’s change creators up to the returns a for-profit model could generate.

Waking Up to Authenticity

The era of TOMS was also the era of the ultimate marketing machine and all the dishonest billions it attracted. Mycoskie was one of the first entrepreneurs to encourage startups to use their story as the thrust of their marketing efforts, but he says countless brands have used his lesson as yet another plastic vehicle for marketing lies. Today’s buyers have a fatal allergy to dishonest tactics. Their skins crawl when they hear sales spin, and they trust their spam blocking APIs and AdBlock more than they do their local charities. 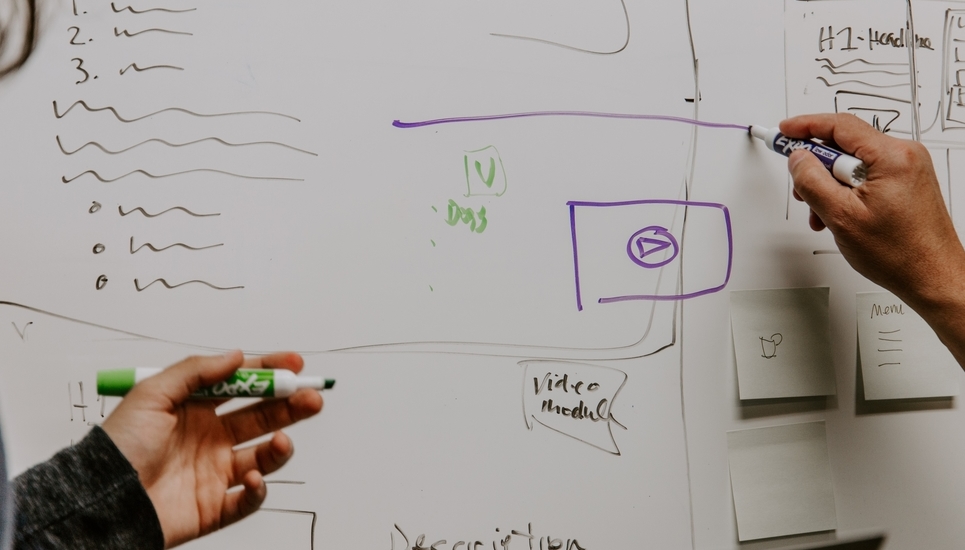 In an internet era, a secret discovered is a secret spread from a grand stage playing to millions. Transparency is no longer optional because, in an increasingly-connected world, your brand’s story will be told with or without your permission. Today’s impact businesses must live in a way that creates a strong digital story. “I don’t think every business has to have a giving component,” he says, “but I do think every business needs to answer the questions, ‘What is your purpose? What harm are you doing? What are you improving in the world?’ “

This is more than a call for startups to wake up to the marketing knowledge of their buyers, though. The authenticity he requests creeps into everything, from your branding and corporate culture to your hiring practices.

The Problem with HR Superstars

As TOMS grew, Mycoskie let his HR director handle much of his head-hunting. They hired C-suite rock stars who’d learned their tricks at other companies. It turns out that you can’t teach an old executives new tricks. They were attached to their bad habits, which were firmly packaged in an unchangeable shell. His corporate culture was borne of magic, and every entrenched C-suite habit absorbed some of that sparkle.

These days, he doesn’t require a “kumbaya” culture of every company; only clarity and intent. If you want to sharpen your Wolf-of-Wall-Street claws and establish a cutthroat culture, celebrate that, but don’t pretend you’re a Sheep of Wall Street. Corporate culture is best served neat, not shaken or stirred. James Bond might be a fair shot, but magic was never his strong suit.

Magic requires new perspectives and a wealth of different data sets, so Blake thinks some of your company’s most important assets are hidden away inside your employees. If he could travel back in time and recreated TOMS from scratch, he would have hired his staff himself, keeping his focus on mindsets instead of corporate experience.

For the first eight years of TOMS’ life, Mycoskie held his startup on his shoulders alone. He paid for every new shoe design, factory overhead, and employee. “I think that’s a great way to run a business,” he admits because it made him more conscious of how he spent his money, but even the most powerful entrepreneur can bend under daily pressure. “I had no investors so every single dollar was like a personal check.”

The media’s early interest had forced the fledgling company to grow into adulthood overnight. That’s challenging work for any entrepreneur. Being the sole source of funding is a simple form of pressure, but when the world expects greatness of you, you need a shinier brand of mettle. Then there were the people, every one of them growing and changing and needing more.

Once TOMS had grown to $400 million in sales, he brought in a partner, keeping his position as chairman of the board and hiring a CEO to relieve the pressure of solitary leadership. That gave him the space to see a new path forward–one that didn’t require TOMS to represent his whole identity.

Social enterprises have changed enormously in the 12 years since Blake sold his first pair of shoes. The social impact space has been normalized, and globalization has raised rich and poor enterprises onto the same high stage. Any business can grow, whether it’s founded in a dusty shack in Punjab or on a bustling New York City street corner. Marketing has evolved beyond Ogilvyesque tradition, and corporate culture has become a core part of every brand. You can no longer grow a business without considering all the stakeholders. You’re too visible, too connected, too vulnerable to public opinion to operate thoughtlessly.

Blake sees the planet and its people as the biggest stakeholders of any company, and that has knock-on effects that aren’t immediately apparent. Enterprises need to place ethics ahead of every path they choose, but the way you define business must change, too. 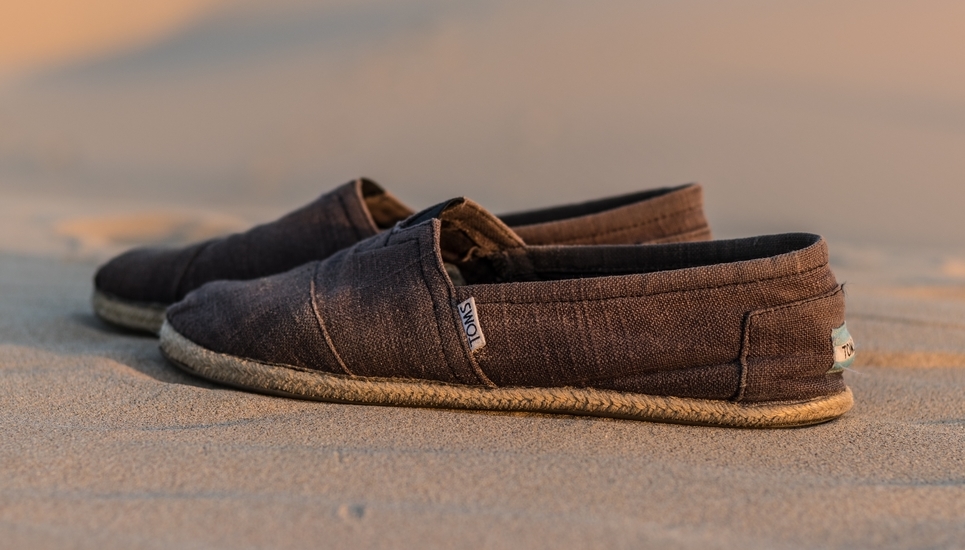 The Industrial Revolution ended in the 19th century, yet today’s companies are still focusing on producing to the same scale and in the same way as they did a hundred years ago. Mycoskie isn’t sure the purpose of the human experience is to be productive and to achieve financial success.

His first goal was to simply build a for-profit social impact company. He’s since discovered a passion for sharing lessons instead of products. He hopes to give others the courage to turn their own stories into real-world dreams, so he’s just founded a self-development company called Made For, which takes members on a 10-month journey into the center of their own souls. Two hundred people are already moving through the program.

Some might say this change of pace is his stepping back, but he calls it stepping forward.

“[Stepping forward] is a lot scarier because you’re looking into the abyss and you don’t know what you’ll see. I’ve enjoyed life as an entrepreneur but I don’t know if I’m going to evolve or if I’m going to just keep starting businesses. Because all I’m going to do is prove to myself and the world that I can do it again and again.”

The Power of Mentorship

Mycoskie wasn’t born this woke. He was mentored into his irrevocable success. Richard Branson taught him through the pages of “Losing My Virginity.” Howard Schultz and Yvonne Chouinard’s lessons were also delivered through text. Blake only met his heroes long after they’d showed him how to make his first million. Some of the best lessons are available to anyone with an Amazon account and an appetite for reading, and now, they’re also available through Blake’s burgeoning program, Made For.

A New Definition of Success

Any ordinary social impact business is launched for the change it can create and the viability it can achieve with its products. Blake thinks that misses an important ingredient: the authenticity of the creation process. For him, founding a business is a process of self-development. You can’t prepare a feather-light sponge if you’re not immersed in the baking process, no matter how perfect your recipe is, and the enterprise creation process must be just as meaningful and authentic. A leader must become the business, or the story the world will tell about it will be barren.

“Success is somewhat empty, no matter if you do it in a somewhat honorable way like I did with TOMS or in a Wolf of Wall Street way. The human condition needs far more than what our culture is asking.”

The Industrial machine is dying, and founders must find a new way forward. That way should do more than just spread happiness to others. It must also incite it in every philanthropist. “We’re all designed to be happy,” he says, “and the happiest people I’ve seen are the ones who are able to be in touch with the inevitable truth that all we have is this moment. And this moment is [our] entire existence. That’s how I’m defining success these days.”

Blake is one of a rare few thought leaders who are reinventing society, but his ideas are only new because the enterprise has been a Promethean fire wielded, not for human pursuits, but industrial ones. Yesterday’s thought leaders asked, “How profitable? How huge? How fast?” Blake asks, “How authentic? How challenging? How true?

-1) “If you have a really incredible, authentic story that you can back up at every touch-point in your organization, lead with it. If not, lead with your product and your product attributes.”

-2) Be directly involved in your hiring. Look for shared mindsets in your staff, and not necessarily experience.

-3) Make the most of the fresh perspectives of your staff. They’re important data sets that you might never otherwise explore.

-4) Make sure your philanthropy is designed to be meaningful to your own growth. Your happiness matters and social enterprise should never be used to shift your focus away from your own pain.

-5) Find mentorship through the writing of your heroes.

-6) Don’t let old ideas of success limit you. Think beyond profits and products.

-7) Don’t try to create a brand or corporate culture that’s inconsistent with your authentic intentions. Be true to your intent, or you will lose the trust you might never regain. 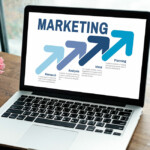 Supermetrics Review: The Good, the Bad and Everything in Between

Perry Marshall Interview: Getting to the Rock Bottom of Real Problems to Reduce Competition 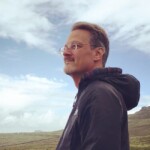 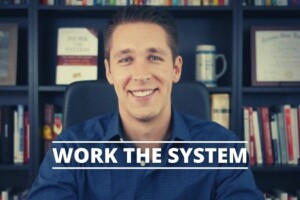 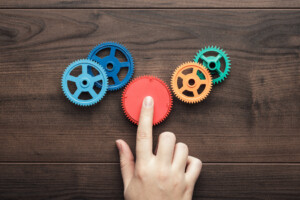 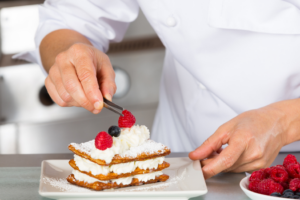