We are faced with many challenges today and one of our greatest untapped and infinite resources on Earth is the human brain. As Will and Ariel Durant say at the conclusion of Lessons of History, the only sustainable revolution is in the minds of people. It’s an absolute disgrace that an estimated 5 billion people on this planet live in poverty today. Over 80% of the world’s population lives on less than $10 per day and over 50% live on less than $2.50 per day!

Human beings are born curious and despite challenges with our educational systems some beautiful creative minds today continue to surface and share amazing new solutions to problems that make the world a better place.

The younger generations, such as the millennials, seem less concerned about making money and more concerned about finding “work” that offers purpose and fulfillment. Work that renders social capital (improvement of the quality of life) which is far more valuable to the world than financial capital.

There are an endless amount of amazing minds out there making a difference today.

For more than a billion people across the planet, electricity is a limited, rare commodity. Sixteen-year-old Ann Makosinski from Canada learned of this reality and dedicated a science fair project to the situation. “I’m half-Filipino, half-Polish, and I was talking with a friend who lives in the Philippines,” Makosinksi recalls. “My friend was failing school because there was no electricity at home. She was supposed to be studying at night. I came to find out that a lot of people around the world don’t have access to electricity and wanted to find a way to help people in that situation.” Human beings have electricity running through their bodies at all times.

A light bulb went off in Ann’s head, who then created a prototype for the hollow flashlight which is a hollow aluminum tube that cools the sides of Peltier tiles at the flashlight’s cylinder. The warmth from the human hand heats the other side, thus creating power. This gave her a flashlight that needs no batteries or solar charge. This simple yet brilliant idea won her the Google Science Fair and has the potential to improve the lives of people all around the world.

Since before Ann could walk she was interested in experimenting. Her flashlight brought her to the Canada-wide science fair, where she earned a gold medal and was awarded for distinction in the energy sector. She won first prize in her age group at the 2013 Google Science Fair. And this year she is slated to be on Team Canada at the Intel International Science and Engineering Fair (ISEF). “I was listed in Time magazine’s ‘thirty under thirty’ and have given three TED Talks, too,” she says.

The Ryan’s Well Foundation grew from the commitment of one boy, Ryan Hreljac, who at the age of 6 learned of the great need for clean and safe water in developing countries in his 1st-grade class. With the support of friends, family and the community, Ryan raised enough money to build a well in Africa.

In 1999, at age seven, Ryan’s first well was built at Angolo Primary School in northern Uganda. Although Ryan started raising money for water projects in 1998, the Foundation was not formed until 2001. Since then, Ryan’s Well has helped build over 822 water projects and 1025 latrines bringing safe water and improved sanitation to over 805,813 people. Over the years, the foundation involved over 650 schools in 30 countries in fundraising activities.

Each year, they share their message with over 120,000 people, mainly youth, through various speaking engagements. Now, the work of Ryan’s Well has become the story of countless people, young and old, from across the world who are inspired to take responsibility and make a difference either in their own communities or like Ryan, in faraway places. Ryan’s story has made people realize that anyone, even kids in

At the age of 17 Angela was a Senior at Monta Vist High School in California. She was working on an after-school project which in turn won her the $100,000 grand prize at the Siemen’s Competition in 2011.

What she developed was a nanoparticle system that not only allows for noninvasive imaging of tumors but also delivers drugs to attack cancer cells. “Angela created a nanoparticle that is like a Swiss army knife of cancer treatment,” said Tejal Desai, a bioengineer at the University of California, San Francisco, and a competition judge. “She showed great creativity and initiative in designing a nanoparticle system that can be triggered to release drugs at the site of the tumor while also allowing for noninvasive imaging.”

After her big win, she did countless media interviews, got to ring the bell at the New York Stock Exchange, and even met President Barack Obama. Angela originally envisioned herself attending Stanford and staying home in Silicon Valley, however, she landed at Harvard which has also been good to her.

“Learning is taken to another level. It’s like drinking a fine wine with multiple flavors and depths of complexity,” Angela said. “Part of the joy of learning at Harvard is coming from her supportive classmates who are in the same rigorous grind.” “It is a stressful place, but it’s not stressful from competing against one another,” she said. “We are a common force going up against the school, trying to conquer all the things they throw at us.” 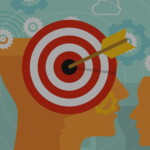 Start Defining Your Target Audience With These 10 Questions

5 Daily Routine Changes to be a More Productive Entrepreneur 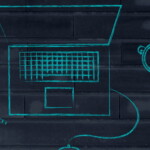 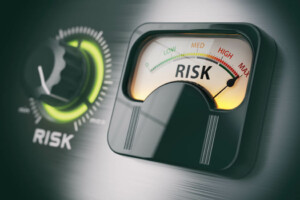 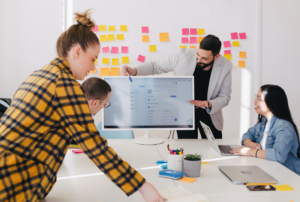 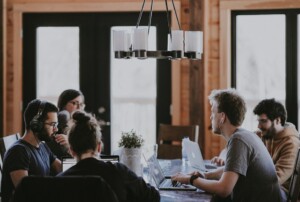