Interview with the founder of The Adventure Project, Becky Straw.

The Adventure Project is a social enterprise designed to give people jobs, not handouts. Becky Straw’s journey started at Columbia Graduate School where they taught social enterprise administration and nonprofit management. She worked at UNICEF which led her to a connection with Scott Harrison, founder of charity: water. At the time Scott was just getting started and Becky persistently pushed to get on board and help Scott out.

While helping to launch charity: water for three years, she handled operations and management while spending time in Africa and Haiti. While working in those countries Becky noticed something. What stood out was that the water wells were not always working and people were not maintaining them. Actually, a third of all wells – a sector-wide problem – is broken in Africa.

People were so happy to have clean water access for the first time. But, they quickly lost this joy as the wells broke. She found out that the primary reasons they were not fixing them and using them were because there were no spare parts, tools or trained mechanics. This is what spurred The Adventure Project’s current “Well Mechanic” program.

Those learnings were the driving force for creating the social enterprise, The Adventure Project.

Why? Because people living in extreme poverty would thank them for helping, but they would then ask for a job. Like anyone, they just want a job so they can take care of their family and send their kids to school.

Gallup is working on a 10-year study and released the report early with preliminary results. What they found is that everyone’s dream was a good job. Becky is working in areas where people earn less than $2 per day. Her team brings the tools and training so they can help build their skills and begin to thrive on their own.

Why They Became a Nonprofit

Co-founder Jody Landers is a mom to 6 kids. She didn’t have a lot of money to give but wanted to know if what she did give makes a difference. The United States is one of most philanthropic countries in the world. Becky and Jody thought, “what if we could channel that generosity to drive change?” Making it tangible, measurable and in a way that gives people dignity. Give people a little capital, training and whatever they need to succeed.

The Adventure Project acts like a venture capitalist providing venture capital. They seek out the best local partners based on great data to ensure what is being done is successful. The second important factor is innovation. For example, testing new ideas that will trigger big social change, such as the well mechanic program.

The Adventure Project is focused on 4 key global challenges:

They seek out different organizations that fit into each category and work on creating business models for social good.

How They are Scaling

They have had over 10,000 supporters to date and are looking to continue their tremendous scale.

Growth strategies change every year thanks to the digital environment.

A few areas that helped their scale include:

“I was a Social Entrepreneur before I even knew what Social Enterprise was.”

Becky said the secret to establishing a great partnership is grit, tenacity and kindness. She learned a lot about outreach from Scott Harrison. As an example, she found a friend that introduced her to someone at theSkimm. After hounding them for a while she was able to get them to agree to meet up over a cup of coffee.

Whatever Becky proposed had to fit into theSkimm’s strategy. What she knew is that they loved wine. So she considered that when trying to get the “yes.” Her idea was to propose giving up a glass of wine for the day and contribute a few dollars to The Adventure Project. She created a landing page specific for theSkimm and used it for her pitch. The day before World Water Day, she got the yes. This led to 1,400 new people joining.

Whatever Becky proposed had to fit into their strategy. What they knew is that they loved wine. So they considered that when trying to get the “yes”. Their idea was to propose giving up the glass a wine for the day and contribute a few dollars to the The Adventure Project. They created a landing page specific for theSkim and used it for their pitch. The day before World Water Day, they got the yes. This led to 1,400 new people joining.

This all happened because of tenacity and patience. Make sure the product or offer aligns to your audience and reach out to the right groups who share your values.

This is a powerful interview that demonstrates what it takes to bring an idea to life and start scaling.

In the interview you’ll find out the most powerful piece of advice Becky ever received. It has helped her keep going. 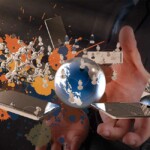 How to Expand Your Online Network: Tips from Neil Patel You Can Start Doing Right Away 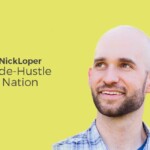