Ilaina Rabbat, Co-Founder and Executive Director of Amani Institute, is one of them.

Born in Venezuela to Argentinian parents, Ilaina, as a young girl, was already exposed to the harsh realities of the world. They had to leave Argentina to escape a dictatorship in the 70s. While living in exile, she often heard her parents talk about pressing social issues like democracy and human rights.

She realized early on, that the world’s happiness has a direct relation to her own. It was up to her how she would deal with life’s adversities and use them to her own advantage.

Both their passion for education and their early exposure to social entrepreneurship made them realize that there was something missing about the academic environment universities were offering.

Because of this, Ilaina and Roshan developed curriculums that are in-depth and highly focused on understanding how to create positive change and training Fellows to become effective social entrepreneurs and intrapreneurs.

They believe that education happens outside the four walls of a classroom and learning is faster and more effective using this model.

As a social entrepreneur, Ilaina is aware not everyone has a clear idea of what social entrepreneurship is. There’s a lot of talk about it and how it’s a new way of doing business. But what is it really about? How different is it from traditional business?

She points out that a social enterprise can take the form of a non-profit or a for-profit organization, but its difference from a traditional business lies in how the entrepreneur makes decisions.

Don’t misunderstand; businesses need money to be sustainable and scale to impact more lives, so it must be part of the business model. What differentiates a social entrepreneur from an economic entrepreneur, however, is the former’s approach to business. Social entrepreneurs usually operate in a triple bottom line: people, profit, and planet.

Social entrepreneurship, as a concept, is still relatively new and it’s constantly evolving.

According to Ilaina, there are two things that a social enterprise should possess on top of being sustainable.

Innovation is a key factor when you have a social enterprise. If an organization exists for more than 30 years for example and it’s doing the same thing, it can mean that something is wrong and no real solution has been found.

Take the case of Mallika Dutt, founder of human rights organization Breakthrough. She saw the potential of using music to send her message to stop violence against women in India. She wanted to produce a music album and make a music video with the idea of reaching as many women as possible. She didn’t get a lot of support for it because her message was preachy and nobody really wanted to listen to preachy music, right?

Despite the setbacks, Mallika did not stop from pursuing her goal; she went on to produce the music video, Mann Ke Manjeere, which eventually won the Screen Awards in India in 2001.

The point is there’s always another way to make a bigger impact. It’s essential for a social enterprise to adapt to the changing world and it always pays to listen and to be aware of what’s going on. Sometimes tackling the unknown might be what your organization needs to make more impact.

A systemic view is important because it means identifying the root cause of the issue. A social enterprise is not just about providing temporary relief to those in need; instead, it aims to look at the problem as a whole, so it can fully understand it.

Dissecting the issue from head to toe is key. Based on what you think the root cause is, you can eventually come up with innovative solutions that can bring change and new results that actually work.

Social entrepreneurs like Ilaina know how challenging the journey is when one makes the commitment. It’s not enough to have the passion and the knowledge to start a social enterprise. You need a set of values to live by if you choose to take this path.

In Amani Institute, Ilaina and her team live by a set of values they feel are important for a social entrepreneur to possess. Courage, Vision, Empathy, Changemaking, and Global Mindset are taught to the Fellows in the Post-Graduate Certificate in Social Innovation Management Course.

Empathy for Ilaina is a value that can be taught. Here are 3 important points she makes:

There’s a difference between pity and empathy, the latter is when you’re connected with yourself and with others. Empathy is the feeling that you understand the struggles of others, which leads you to take action. It connects us and makes us human.

Courage, on the other hand, differentiates a social entrepreneur from being just a thinker and a dreamer.

Ilaina elaborates on the concept she and her team work on in order to develop courage.

She said you begin in your comfort zones, dreaming of ideas on how to affect change in the world. Then, when you act on your ideas, you go in the stretch zone and this is where it becomes uncomfortable.

Take for example, the story of Kenton Lee, founder of The Shoe That Grows. His organization proved that with courage anything is possible.

The idea came while Kenton was living in Nairobi, Kenya in 2007 and he noticed a child wearing shoes that are too small for her.

He pursued the idea of making a shoe that could adjust and expand as the child grows. It took him and his team five years to bring the idea to reality. Today, his organization has impacted the lives of thousands of kids in need.

This is what courage is about. Tackling the unknown and when it gets tough, you stay in the stretch zone and don’t allow the panic zone to set in. The moment you let fear in, you return to your comfort zone and that’s one thing you don’t want to happen.

“Great companies start because the founders want to change the world… not make a fast buck.” ~Guy Kawasaki

With a lot of young people burdened with student loans after college, the thought of starting a social business can be scary. After all, it’s hard to think about the welfare of others when you have your own self to think about.

But when you choose to be a social entrepreneur, it doesn’t mean you take money out of the equation. As mentioned earlier it must be part of the success model to support the mission. Dr. Alasdair Harris is an award-winning social entrepreneur and founder of, Blue Ventures. He made that very clear in an interview with Change Creator founder, Adam Force.

It’s a long yet exciting journey ahead for entrepreneurs like Ilaina Rabbat and they’re taking the challenges head-on.

These new breeds of entrepreneurs know that true success and happiness do not come from wealth alone. They know their mission is bigger than they are and the world needs more of them.

For aspiring social entrepreneurs out there, don’t think twice on acting on that big idea, think about the world you want to live in and be part of building that.

“An ounce of practice is worth more than tons of preaching.” ~Ghandi 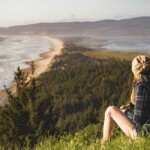 How to Hack Systems For Environmental Change 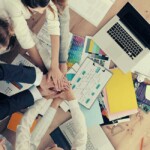