Why we need to start paying attention to youth and helping them build the future they want to see.

Youth are stereotyped as lazy, entitled, selfie-obsessed, attached to their phones, and constantly distracted. Painted as the lost generation married to their devices and caring about not much else but themselves, yet their actions indicate a completely different picture than most want to believe.

Youth are curious, driven and more purpose-driven than they have ever been in generations past. Add to that the amplification of information through our devices, especially focused on global challenges such as climate change, racial violence, and political unrest. This has had a significant impact on what they believe their role in this world really is – to create a better world.

Our youth generations – Millenials and Generation Z – make up approximately 63% of the world population – that is a population tsunami if we ever saw one, with generation z coming up to be the most diverse population on the plant.

We are seeing youth stepping up to the plate and raising their voices for the injustices they see around them. Take for instance the High School mass shooting survivors who organized the March for our Lives protest to combat gun violence in the United States, or Greta Thunberg who single-handedly mobilized a global movement for our planet. And incredible voices like Greta champion and represent the youth generation but they are not anomalies like many adults or leaders want to believe. They are actually the norm. 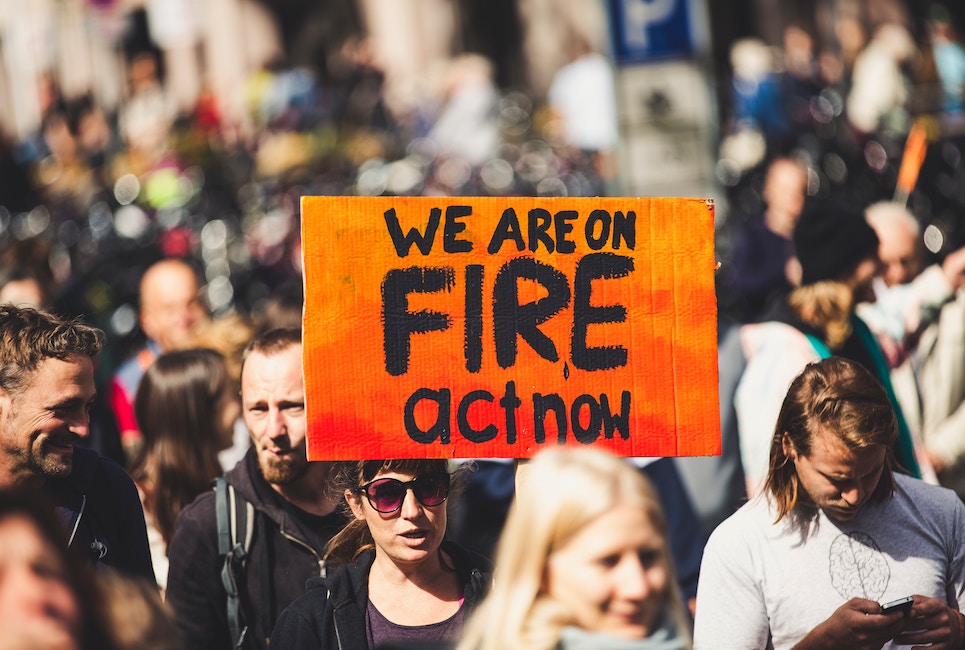 Youth are not only driving change through raising their voices and activism but also starting startups at an increasing rate with a mission to create those startups as their main vehicles of social change. We are seeing increasing rates of youth building out ‘side hustles’ as early as high school from tutoring, to e-commerce stores, to youtube channels, they are getting entrepreneurial on their own terms. In fact, more than 62% claim they want to pursue entrepreneurial paths, and most care deeply about making a difference in the world. Many focus on the purpose of a company, and if they don’t find one they move on or build their own.

Although we know that the average age of a successful entrepreneur is 45 according to Harvard Business Review that youth still play a significant role in starting some of the highest growth startups as well. Look at Yvonne Chouinard of Patagonia who had his entrepreneurial beginnings when he was just 19 and the Craig Kielburger who started on his impact mission at 12 years old to what would later become WE.

Take the sister duo of Bunny and Taran Ghatrora for instance, they are taking on the female wellness industry with their company Blume which they started in their early twenties when they were still students. Blume provides young girls and women clean and non-toxic period and wellness products but also demystifying the period and sex education so young women can have all the information they need to make better decisions, feel empowered, and positive about their bodies. 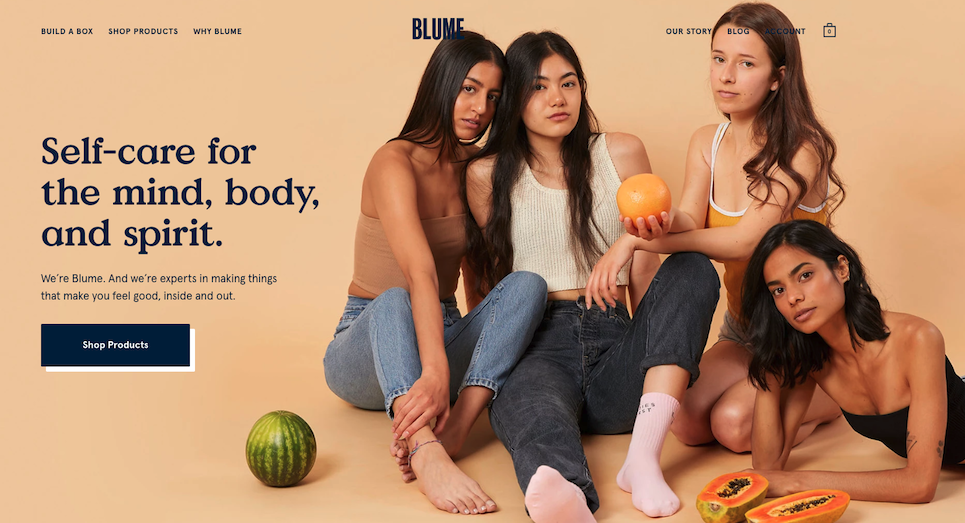 “The goal of Blume is to serve as a go-to brand that validates the entire experience of puberty and beyond while serving as a community for women as they grow,” says Bunny Ghatrora.  Blumes’ impact mission is big but what is incredible about it is that it is built by young women for young women, perhaps making the products and company that much more relevant for the youth customers that they have.

Born Out of An Era of Uncertainty and Immediacy

Young people no longer want to create for the sake of creating economic value following traditional capitalist formulas. Their passion for impact and purpose transcends across the brands they are loyal to, to the conversations they are having online, and even the projects they engage in. If we look back at why purpose and impact are so important they have been shaped by the times they have lived and emerged out of.

Their birth into a post 9/11 world filled with technological advances, connected through a multitude of devices, surrounded by noise, boundless access to information and immediacy of an uncertain future has created a generation that is highly in tune with the search for truth and purpose. It will cause a population tsunami that will impact every aspect of our lives from economics, politics, health care, consumer products, technology, our urban environments.

They have so much potential but are stifled by the systems that we impose on them and were created for generations that came well before them.  We are seeing a massive amount of youth breaking away from traditional career and education paths and breaking out on their own in record numbers.

From technology startups to impact funds to period product companies, youth are not only capable of creating unique, innovative, and yes successful ventures that not only create economic gains but real social impact. Take Ryan Kelly, for instance, a young entrepreneur in Ontario, Canada who after discovering that more than 98% of websites on the internet are not accessible to the majority of people with disabilities and after plenty of research found that there was no solution on the horizon, decided to build it himself. He developed Ascend Applications an online plugin to ensure that all websites on the internet are accessible to individuals with a variety of disabilities. 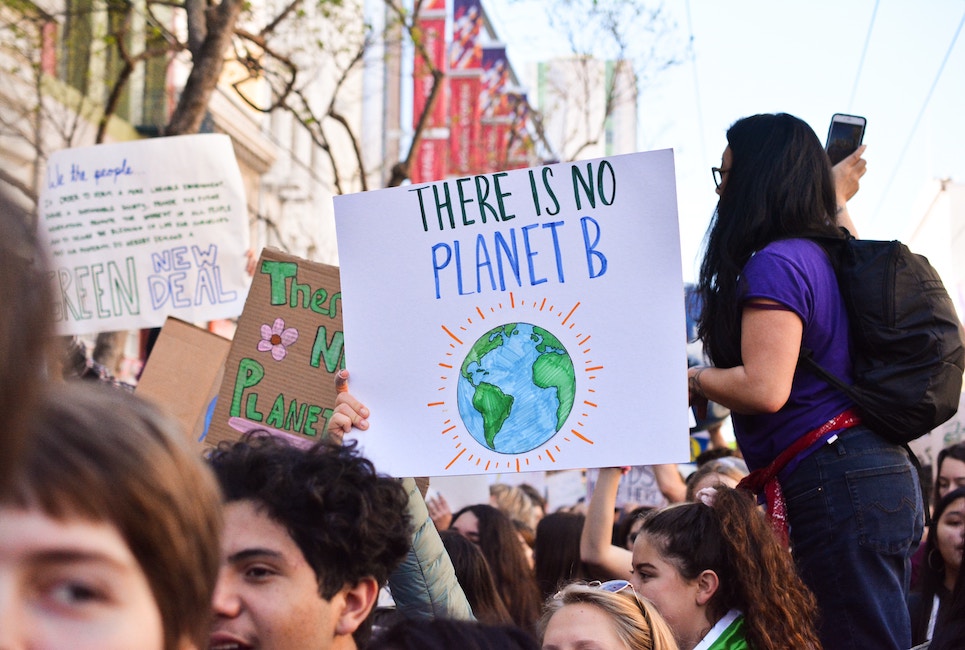 They Are Wired For Innovation

Research is pointing to the fact that youth between the ages of 15-25 are in an interesting time in their lives – not just hormonally but neurologically. Neuroscientists and social-behavioral researchers have found that youths brain is at heightened neuroplasticity during this period of life. In fact, neuroplasticity reaches its peak in our mid-twenties and then takes a spiral downhill. But what does this mean? Neuroplasticity is the brain’s ability to change through experience- deeply learn from experiences, use that learning for complex problem solving, creativity, and experimentation.  They are actually ‘wired for innovation’.

If we take this new research into consideration than if we think about it, youth are perfectly positioned to tackle complex problems, to create new startups, projects, movements, and to navigate difficult changes. So it shouldn’t be shocking or surprising that they are rising up and building purposeful ventures to combat the challenges that they feel are important in their lives, that of their communities and the world.

A team of bioengineering students did just that when they built Arbutus Medical. After a trip to Mulago hospital in Uganda through their program, they saw major disparities in the surgical rooms and in particular the surgical tools that were (or were not) being used to treat patients with injuries and broken bones.

The major problem being that the hospital could not afford the hefty price tags of North American style surgical drills, and resorted to using regular hand drills. After the visit, the team decided they had to do something about this. ‘The team’s goal was to develop a radically affordable surgical drill that would ensure that orthopedic surgeons at Mulago always have access to safe power tools’.  They leveraged the concept of ‘frugal innovation’ to develop the DrillCover to provide surgical tools at 30x less the cost of regular products on the market.  Since their first visit, they have been able to affect the lives of over 45,000 human patients, 28,000 animal patients across 32 countries.  If we give youth the opportunity to innovate, to solve big problems, and to lead – they may just surprise us.

Our youth generations are our future, and they believe they have a right to build a future they are proud of and is a sustainable and equitable future for everyone. There are plenty of youth innovators and social entrepreneurs building incredible impact, we just have to start paying attention and believing in them, and supporting them. 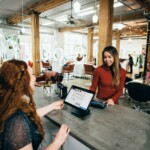 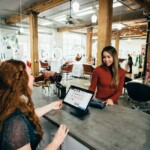 Joanna is a seasoned executive director and social innovation strategist- working with startups, social entrepreneurs and enterprises to embed social and environmental value into their visions, strategies, and activities.

She is the Executive Director atLeague of Innovators a national charity that is mobilizing the next generation of leaders and entrepreneurs through inclusive experiences from discovery to acceleration leaving no young person behind.

She is a facilitator, and lecturer on social entrepreneurship and innovation at Simon Fraser Beedie School of Business and at Emily Carr University; mentor to many youth-led startups including SmartSweets, Blume, WizeMonkey, GrantMe; and continuously driving conversations on social innovation through her work with social enterprise Catalyst and Scale Collaborative. 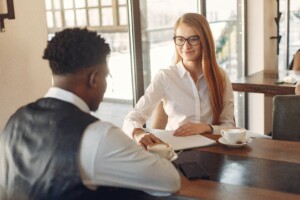 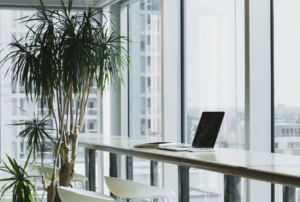 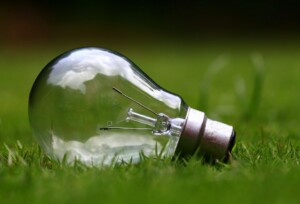