It’s easy to ignore an animal that exists in a biome you can barely create in your imagination, which may be one of the reasons endangered species are receiving so little support from the public. People are emotional, empathic creatures. To care, they need connection—the kind that only real encounters can achieve, and where better to build them than online?

“Only those who attempt the absurd can achieve the impossible.” –Albert Einstein

Digital and wildlife ecosystems rarely intersect beyond what software and the internet can do for NGO administration and marketing. Gautam Shah is ready to revolutionize that by disrupting the way you engage with wildlife. Gone are the days when you had to fly to the African bush to see an elephant. If you can’t travel to them, Gautam’s going to bring them into your living room using a radical collection of digital concepts gathered using a strategy that’s ground-breaking in the conservation sector.

Shah’s brainchild is called Internet of Elephants, and it’s perched on the cusp of a journey that’s likely to change the face of the environmental sector forever. He believes that, if he can make you fall in love with nature, you’ll be more inspired to protect it. He’s creating a digital planet that brings you up close and personal with species your children may never have the chance to see outside of a photograph.

Shah began his life huddled in the lap of Mother Nature. “As kids we always had deer and raccoon [..] around us,” he explains. His extended family was heavily involved in conservation in India, and this formed a foundation that might have led him to start an NGO like any other if his career hadn’t made him want to aim for greater things. Gautam’s childhood birds and bees were substituted with ones and zeroes when he began a 20-year career in software development that ultimately came full circle, returning him to nature in Kenya, which he calls “the Silicone Valley of wildlife conservation.”

Home to one of the world’s most important environmental sectors, it had a unique approach to social entrepreneurship: eschewing donor dependence. This planted a seed in Gautam Shah’s brain that began to spout leaves in his next destination: Nairobi. Here, he learned the inner workings of social entrepreneurial strategy. “I […] started to believe that [self-sustaining enterprises were] absolutely non-existent within the wildlife conservation sector outside of eco-lodges and tourism.”

A for-profit funding model would create more possibilities than an NGO could, allowing Shah to direct his conservation efforts towards something that’s kicking up one of the decade’s most important insurrections: the internet of things (IoT).

“Only the impossible is worth doing.” – Akong Rimpoche

Shah’s funding model is as revolutionary as his business concept. The non-profit sector’s revenue doesn’t exactly paint a picture filled with rainbows and roses. NGOs are famous for their financial fuzziness and chaotic fundraising. The USA’s biggest non-profit organization, United Way, produces an average revenue of $3.87, whereas the nation’s largest for-profit corporation, Apple, churns up an annual revenue of $39.5 billion. Shah is among the first to find the obvious solution to this revenue chasm: set up a for profit company to support your causes so that he could make a real dent in the endangered species figures and the environmental mayhem surrounding them. 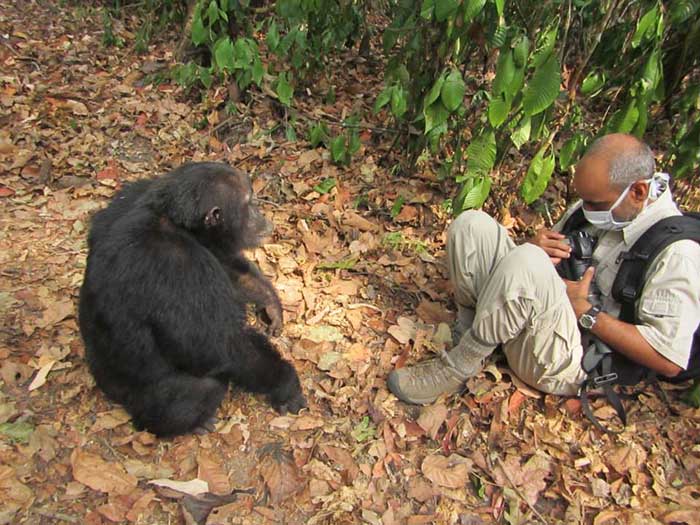 Collective intelligence wins more battles than individual savvy, so Shah began his social entrepreneurship quest by setting up a hackathon to capitalize on the shared brainpower of individuals working in the tech industry. What was intended to gather no more than 30 people ultimately reached 20 million, and it was done using negligible investment. In 2014, programmers, mobile strategists, designers, and their friends crowded into Solstice Mobile’s building to participate in a weekend-long brainstorming session that cut away the chaff of expected, normative concepts and replaced them with trailblazing ideas.

Prizes were offered, but a competitive spirit was dissolved by allowing a pier-judging process. Many of the teams have moved forward with their ideas, and some have been applied to Internet of Elephants.

One of the highest walls conservation organizations have to bring down is figuring out how to bring real change using minuscule budgets. The hackathon brought that wall crashing down with dramatic flair by acquiring a spectacular event space and offering platform testing services to tech companies including Cisco and Esri in return for their free use for a social cause.

The concepts that arose from the weekend were stellar. Team VultuRe developed a virtual reality teaching application, and Team Awe developed an app that gave users the capacity to follow animals in real time. Other winning teams leveraged everything from gamification to interactive applications.

Internet of Elephants was launched with similar flair. Gautam actively engages his audience through social media like the Facebook Tech for Wildlife group so that the collaborative think-tank he created keeps moving. Many of his IoE ideas were inspired by Cecil, the lion that became a superstar in death after falling victim to canned lion hunting. The Zimbabwean incident proved that celebrating animals captures the public’s interest far more effectively than generic marketing ever could. IoE will thus be using a similar effect based on a more positive spin. “We want 20 million people to wake up in the morning and check their phones to see where their elephant is,” says Shah.

Internet of Elephants is still in its infancy, but it’s already captured the attention of the Stanford Review, Futuremag, and the Skoll Foundation.

It’s recently signed up several powerful partners from the gaming and zoological sectors. Solstice Mobile, Little Chicken, and The Chicago Zoological Society are on board. The organization is ready to start raising finances to develop a series of new prototypes, expected to be rolled out in June.

Humanity has an inherent love for animals, so all that’s needed to generate large-scale change is a way for people to develop relationships with them. Through gamification and similar tools, the organization hopes to generate a starting annual revenue of $1 million a year. Whether it will ultimately produce an income comparable to the world’s most successful for-profit corporations remains to be seen, but under the supervision of a social entrepreneur with the leadership skills and business savvy of Gautam Shah, it certainly seems possible. In 40 years, humanity has managed to obliterate 50% of its species, so the time for change has come.

“Our planet is a lonely speck in the great enveloping cosmic dark. In our obscurity, in all this vastness, there is no hint that help will come from elsewhere to save us from ourselves.” – Carl Sagan

This article was written by Kirsten Holmes and originally published in Change Creator Magazine issue 3. 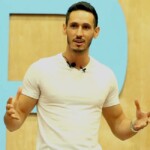 How to Get Your Marketing Working with Ben Simkin 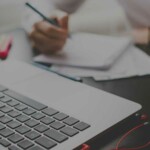