I love an inspiring grand vision.

As the applications roll in for Fledge (accelerator), quite a few are big, audacious, grand plans.

The problem is that startups don’t have the resources to make those visions a reality, at least not within a year or two or three.

The bigger problem is that most first-time entrepreneurs don’t know this. They are too often deluded, thinking that everyone on earth will see their grand vision as they do and jump aboard as a customer, vendor, employee, etc. to make it happen.

Investors expect the entrepreneurs to have a roadmap that realizes the vision in year-by-year steps.

The trick to that, which trips up most grand visions, is the first step. This is the “minimum viable product” of the Lean Startup philosophy.

An initial product that has enough value to customers that they’ll pay something for it, and at the same time, a product that after many more iterations implements the grand vision.

Dropping out of the hypothetical, let’s look at one common plan I’ve been pitched a dozen times: a website where entrepreneurs post their ideas, where the community joins in to provide feedback, where teams are formed, where customers find new products, filled with reviews, recommendations, and so on. Or in short form: “Amazon for startup ideas”.

Related: How to know which type of investment to seek

One strategy for getting there is to beachhead niche. That is, to focus the initial set of customers to a small niche where the features of your service are highly valued, yet a big enough niche that there is enough money to be made to prove the usefulness of the service. Focus on grabbing a big percentage of that marketplace, then repeat with another niche. Keep repeating until you’ve reached critical mass.

This is also how Google Maps came to be. Google was far from a startup at the time, but the same principal works for grand intrapreneurship ideas. The product was originally Google Local, a replacement for Yellow Pages with the results drawn on a map. Then it added directions. Then satellite view. Then traffic. Now it’s an indispensible tool for getting from here to there.

Big audacious ideas are great. We need more of them. But we need big ideas that succeed, and for that we need more entrepreneurs to understand how to get from idea to success. Hopefully this tidbit of advice can help. 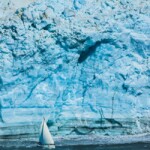 The Environment: Innovative Solutions to Our Biggest Challenges

What Early Phase Entrepreneurs Need to Know About Conferences 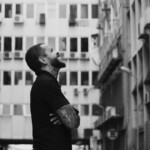 “Luni” Libes is a 25+ year serial entrepreneur, founder/co-founder of six startups, now focused on helping the next wave of entrepreneurs via a variety of efforts including: Fledge, the conscious company accelerator; Aviary, a seed fund for impactful startups; teaching and mentorship at Pinchot; author of The Next Step series of books; and creator of this site, which aggregates his books, online classes, thoughts and advice. Learn more 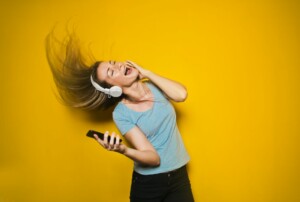 15 of the Best Podcasts for Entrepreneurs in 2021: Looking Ahead! 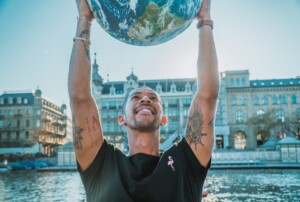 26 and One-Half Ways to Become a Conscious Entrepreneur 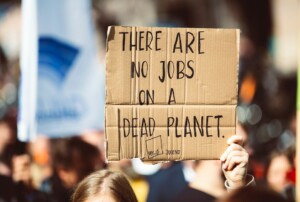 Why Youth are Building the Most Innovative Social Purpose Companies