There is no doubt about it – technology is constantly advancing and evolving. It moves from a new novelty item to one that is so commonplace we can’t really imagine life without it. As technology changes, so do the way we live and its impact on our lives. It’s hard to imagine, for instance, having to go without smartphones now that we have them. They are such an integral part of our daily lives that many people would be lost without them.

Fortunately, technology is never stagnant. Smart (and smarter) devices and gadgets are being invented and developed every single day. New technological advancements are being released all the time, ensuring that businesses and individual consumers are always connected, all the time.

Last year certainly had its highlights, but 2016 is proving to be a pivotal year for technology trends, with many of them holding the potential to have a significant impact on the world of business. There are three top technology trends that will shape and advance the way businesses operate, two of which will change the future of customer service experience management forever.

Here are the top three must-see technology trends of 2016:

Social robots are the hottest trend in robotics right now. These robots are designed to interact with humans, to get to know different people on a personal level, and to adapt their behavior to fit the type of people they are talking to.

They will be able to perform the services of kiosk attendants, guides, and sales clerks. They are able to recognize your voice, help you schedule your activities and appointments, remind you of important dates, take pictures, perform mobile phone operations such as texting and calling, provide videoconferences on the go, and help you ensure the security of a residential home or place of business. They can also take fast food orders, read recipes, and offer recreational activities like playing video games. These new robots are able to read human emotions and interact accordingly – as well as improve their personality attributes – which means they have the potential to offer impeccable customer service experience that would keep clients and customers coming back.

Retail business owners can take obvious advantage of this, but so do those in an office environment. Instead of having to read through a seemingly endless stack of resumes to find that new assistant, professionals can now have an intuitive, sharp administrative assistant that will memorize a schedule, numerous contacts, discuss business operations, and keep them updated on the latest industry happenings.

Startup entrepreneurs would find the perfect assistant or customer service representative in a social robot. Not only are social robots able to adapt to, and manage, the expectations of humans, but they are also able to adjust their actions to better suit the interactions with whom they are communicating. Having a social robot playing a key role in the sales of a certain product or service may seem expensive at first, but would certainly pay off in the long-run.

These robots are able to recognize and address the emotions and voice tones of humans, so they are able to respond in the most appropriate manner. They are also designed to memorize vast amounts of information. Having to only pay one sum (the cost of the robot), rather than spend money on hours of training for several employees, would end up saving a business professional money. This is especially important for startup entrepreneurs, for whom the budget may be a bit tight.

Available Around the World:

Softbank, a Japanese robotics company, released its very first generation of social robots last year. All 1,000 robots in this batch were sold out within less than a minute. According to Computer World, businesses will be able to buy their own Pepper for $20,000 each and get three years of service along with that purchase. Consumers only pay half the price, but they also don’t get all the business functions that professionals will be getting.

Softbank isn’t the only company pioneering this new trend, though. Numerous other companies around the world are expected to release their own social robots within the coming year.

As 2016 progresses, smart glasses is starting to find its place in the wearable tech industry niche, especially within the business world. These glasses, much like iPads and electronic notebooks, seem well on their way to becoming just another part of the uniform an employer hands out to a new employee.

For instance, when DHL, the world’s largest logistics company, did a trial run of Vuzix Corporation’s M100 Smart Glasses, they noted a simplified and markedly improved worker experience. During the trial run of these glasses, 10 order pickers picked over 20,000 items, which filled 9,000 orders within the allotted amount of time. With the glasses, the workers were able to perform faster and without errors. In fact, this trial run proved the glasses provide an increase in productivity of at least 25 percent.

These hands-free devices aren’t just limited to order pickers, though. For example, medical professionals would benefit greatly by utilizing smart glasses, smart watches, or other related techs, to allow hands-free communication during surgery and other procedures. In fact, Vuzix is releasing their next generation of smart glasses, the M300, this summer. Their website promises “the M300 delivers enhanced functionality for commercial applications varying from field service to logistics to manufacturing and more.” The design will operate on both Android and iOS platforms and will use an Intel Atom processor.

Smartglasses promise to bring increased efficiency to any startup enterprise. The simple how-to instructions and user-friendly design of these glasses will enable employees to perform tasks, even if they do not perfectly remember all of the procedures. This would cut down on training costs, as well as reduce the risk of inaccuracy in a performance of said tasks. These glasses also make it easier to hire those with disabilities, such as memory issues or impaired cognitive functions.

Startup entrepreneurs would also find it easier to communicate with one another, and with experts in their industry. Those at remote sites would be able to communicate and share video of what they are looking at with more experienced professionals, so they can get the advice they need in order to recognize and fix the issues at hand. This would cut down on the costs of having remote operations and would mean there would be less of a risk when employing workers with less experience.

Furthermore, the ability to stream and store video would make it possible for employees to record and maintain evidence of a job or task being performed correctly, or that everything checks out during an inspection.

Crowdfunding, the act of funding a project or idea by raising small amounts of money from a bunch of people (generally over the internet), used to just be a way for musicians, artists, and other creatives to raise money and get their names out there. Now, this practice has extended to entrepreneurs and other business types.

So far this year, there are five crowdfunding platforms (Wefunder, Seedinvest, CrowdfundingSTAR.com, Nextseed, and StartEngine) that have been granted the federal approval they needed to trade startup shares, and the Wall Street Journal states an additional 40 companies have applied to become portals.

Crowdfunding opens up a whole new universe of opportunities for startup entrepreneurs. It’s convenient to start a crowdfunding campaign, and comes with the vast potential to reach a wide range of investors. A crowdfunding campaign can be shared around various social media networks, such as Twitter and Facebook, as well as with friends and family. The very design of social media makes it great for monitoring as a way to find new prospective investors. While it may take some preparation, marketing skills, and a bit of analytic work, this hard work would pay off in the end.

While this newest method of startup fundraising is still gaining in awareness and popularity, 2016 already proves to be a momentous year for both startups and the practice of crowdfunding.

Looking back on our predictions from 2016, how did we do?

While social robots may not have taken off as much as we predicted, automation has become an even bigger trend. We’ve seen companies such as McDonald’s and others implement self-serve kiosks in many stores with success.

While mainstream smart glasses haven’t taken a hold of the market yet, just as we explained in this article, there are many other uses that will become more important, such as in the health industry. Wearable technology is still in its infancy, meaning that there are many more uses for it out there than currently being implemented, especially when pairing this with VR. Imagine your doctor being able to use smart glasses to operate on you from anywhere in the world using VR technology?

We were right on about this one. Not only has crowdfunding expanded, many new sources of funding have taken off in the past couple of years. Not only are companies able to access monies from crowdfunding sources, there is now ICOs (intitial coin offerings) which allow startups to avoid VCs full stop. 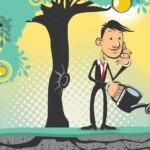 The New Face of Social Change: Scalability of Ideas for Social Entrepreneurs

EP24: Interview with Hana Abaza: How to Approach Content Marketing 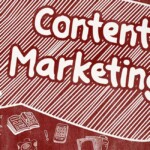 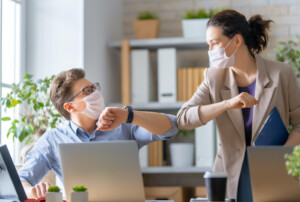 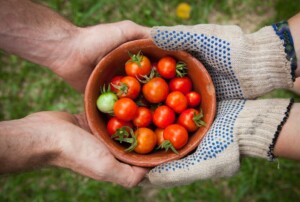 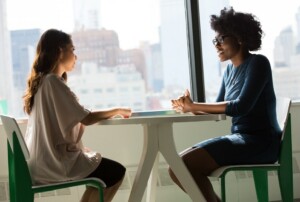