“Growth can be painful. Change can be as well. But nothing is as painful as staying stuck.”
– Anonymous

Life of an entrepreneur – it’s never easy. The road to success is filled with hurdles. Entrepreneurs are captains of their own ships. And to achieve the best possible results, they need to steer it right and head in the right direction.

Sometimes, you may find yourself without a clear roadmap – stuck in one place. And while such periods are a part of an entrepreneur’s journey, you need to make sure that they don’t drag on too long. It’s critical to build a fool-proof plan that not only helps you steer in the right direction but also move forward.

No matter what stage of business someone is in, they get stuck. And there are 3 core reasons that entrepreneurs get stuck. In this episode, Adam lists down these three reasons and laser-focuses on the one most powerful one to help you on your journey forward.

As a father and entrepreneur with 20 years of professional business experience, Adam is an expert in branding, storytelling, and online sales. After working 10 years at WebMD as Director of Strategic Marketing Adam started his second business, Change Creator, supporting social entrepreneurs with premium branding & high-converting websites, the Change Creator Podcast with 230+ expert interviews, and 30+ editions of Change Creator Magazine reaching over 140+ countries including exclusive interviews from the most impactful entrepreneurs on the planet such as Seth Godin, Arianna Huffington, and Richard Branson.

Throughout This Episode, Adam Sheds Light On:

Throughout your entrepreneurial journey, the one thing you should never stop doing is believing in yourself. Most businesses fail within the first five years of kickstarting their operations. And while various factors contribute to the failure, it’s the lack of belief that drives the final nail in the coffin.

It’s really important to believe in yourself and your journey. And when you do that, you’ll see yourself driving in the right direction and steering forward.

We are the branding experts. At Change Creator, we’re passionate about helping brands achieve the best possible results with our premier strategic branding services.

Schedule a strategy call with us today.

Adam G. Force  0:00
How do social entrepreneurs and small businesses create an authentic brand people love so they can get the edge they need to stand out, create Predictable Revenue and compete against the big guys. That’s what we’re here to discuss. I’m Adam forest, the founder of change creator, and this is the authentic brand mastery podcast.

Hey, what’s going on everybody? Welcome back to the authentic brand mastery, podcast by change creator, this is your host enforce. Last week, I did a solo conversation, just talking about how branding really ties into earning revenue. I think there’s lots of misconceptions, because it seems a little less tangible, sometimes as like lead generation and converting sales and how does that actually impact our business? And why is it so important? So, you know, we put a lot of emphasis on brand strategy and just your brand in general, which is the culmination of many things. So without going into too much detail, you could check out that episode and and learn more. And I’m going to, I’m going to be talking a little bit more this week, just about, I work with a lot of entrepreneurs. And I’ve heard many instances where like, you know, we all get stuck, right, we get stuck in one way, or shape or form in our business. And there tends to be three core reasons why we get stuck. And I wanted to address what those three reasons are. But then also, I wanted to really dial into one of them. And I’m going to share a story just to kind of share how powerful that one reason is. And these three reasons are applicable to you. If you’re making, you know, 5000 a month, or you’re making a million dollars a month, either way, as as entrepreneurs going through these different stages, we, we have different kinds of situations where we get stuck. And it’s always one of these three things. So we have to acknowledge these things in order to address them. And so I want to make some really key points with the story that I’m going to share in today’s discussion. So this will be a shorter little discussion, where we bring you in on some guests, but we are we’ve had some good feedback, I think people are for what I’m hearing they enjoy kind of just when I do a deep dive on certain topics. So I’m going to be doing some more solo discussions. And we will be bringing in expert guests as well. So we’re lining up some new expert guests, we have a couple that’ll be coming up soon. And then we’ll be bringing on some more clients so you can hear perspectives of people in the process and what they’re doing, working with us at the brand studio here at change creator, just give you a real hands on look, right? So we’re gonna dive into this conversation, we’re gonna talk about three reasons with one powerful reason that we get stuck as entrepreneurs, Hey, show me that he know, you go, Hey, what’s going on everybody? I’m foreseer, founder at change creator. You know, I feel like a lot of the entrepreneurs I work with, you know, we, I think any entrepreneur, really, we come to a place in our journey where we feel stuck, right? It’s a very uncomfortable feeling. And especially when we don’t know what might be holding us back. And we have to figure out how we can actually diagnose that situation and kind of figure out where where the problem is. But there is some clarity I want to share that I think will be helpful for you. And that’s what I want to talk about today, there’s three areas, I believe that tend to be the primary causes that will make you feel stuck. So those areas are you have a belief, that is not right. It’s it’s not correct. Alright. So some belief you have is false, okay. Or you are missing a character trait about yourself, like the way you carry yourself. And the last but not least of the three is you don’t have a certain skill or you have a skill that’s very weak that you need. This could be some kind of business skill, like, you know, maybe your master of your craft, but you don’t really have business skills around the area of marketing and promotions and things like that. One of the things I really want to dive into is more along the lines of the first one, which is the belief.

This is such a powerful one. And it’s actually one of the primary ones I see as a struggle for people. I mean, I literally was in one of our quarterly masterminds recently. And you know, this is what we do, we do hot seats, we have a two hour meeting and you know, I will be talking about something around money, okay. And the clients I work with in our Brand Studio, and, you know, I get a response St. Adam, do you have that validate? Is there evidence of what you’re saying about your audience? And you know, the finances and things like that? Or is it something you made up? Right? And we always need a little outside perspective, because we get so close to our businesses. So having that outside perspective can be very valuable. So people can like, kind of get you in check. So you might know of this stuff, I guess, I know, beliefs hold us back and things like that. But we still get close. And we think that we know, and then we don’t know, right, we have someone step in and say, Well, no, no, that’s not how I’m seeing your situation. And that was, and since that conversation, you know, I’ve, I’ve tripled my revenues because of that support, right? Just kind of getting me in check, right? Getting myself when that belief was knocked out, down. It opened the doors for me to to progress. So I wanted to share a story about belief, because it’s such a powerful story that has stuck with me forever. And I think it will help you and give you some perspective. Okay, so this dates me, you know, this is back in 1991. I literally have a picture of myself.

And when you can become more self aware of these beliefs, or get help from, you know, a mastermind group that you put together that people on the same level as you, you know, you can start acknowledging them. So if you can’t figure them out yourself, maybe you need someone else, like a coach or someone to, to kind of tap into that and help identify these things. Because then and only then can you make the shifts, you need to unlock that next version of yourself to move forward, go bigger, go better, and all that kind of stuff, right? So the doors open, every time we acknowledge one of these beliefs that are incorrect, remove it, flip it on its head, whatever, and then we can move forward. And that’s how we grow and we grow and we grow. So I hope that’s helpful. And it’s just been a very impactful lesson for me in my life. And I thought it was a good example to share with you guys. And yeah, little wrestler Adam, big, big message for future Adam. Catch you on the next one. Thanks for tuning into the authentic brand mastery podcast. Don’t forget to stop by change creator calm for more information, fresh articles, content and our services if you’re looking to build a brand that people love, and please stop by iTunes, leave us a five star review. We appreciate your support. 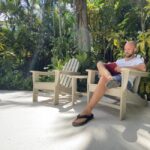 Adam Force: How Has Branding Helped Millions of Businesses Skyrocket Their Revenue?

Augie Johnston: How to Make Video an Easy and Effective Tool to Grow Your Brand? 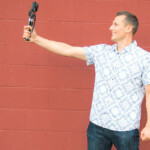 The Change Creator team shares the latest episodes of the Authentic Brand Master Podcast. The Authentic Brand Mastery Podcast is hosted by branding and design expert, Adam G. Force. Listen in on these compelling discussions to learn how you can build an authentic brand that people love and drive more online sales with smart design.